An unexpected friendship between a woman and a pigeon 英國女子和鴿子交朋友

Hannah Hall
“As our relationship has unfolded, I can quite happily say I am completely besotted with this pigeon.”

This video has received more than 22 million views on TikTok.

Hannah Hall
“My friends were shocked. There were people in the pub that were really shocked, and even, like, the waiting staff all came out and had a look as well. They were all shocked. It was very unusual.”

“So I’m on the pub bench with my friends. A little pigeon edges ever so closer to me, and she went from being on my lap to resting in the crook of my arm to, at one point, being on my shoulder.”

“I was really surprised. I’ve never had that happen to me before.”

Hannah decided to take the pigeon home with her.

I live in the city so there [are] pigeons everywhere. Never have I made a connection with a pigeon before.”

Hannah suspected the bird had been mistreated.

Hannah Hall
“I’d found out that she’d been kicked about in the pub that we were at earlier on, so I think she was pretty scared and probably pretty sore as well. She wasn’t in a good way.”

Hannah Hall
“There’s this notion around pigeons that they’re vermin. You know, I think a lot of people if they saw a cat in need or a dog in need, they wouldn’t necessarily question where the cat had been or where the dog had been. I think they’d just go and help. I don’t know why it’s any different for a pigeon.”

Hannah decided to name her Penny and has even built her an aviary.

Hannah Hall
“Good morning, lady. She’s a wonderful, wonderful animal, and the connection that we’ve made – it probably won’t ever happen again in all of my life. So, she’s a special bird.” 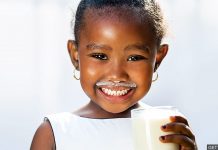 The risks of meat consumption 食肉的風險 Technology of the future on show 未來科技展 Train of the future 未來的氫能火車 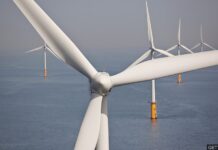 Brexit: The effect on the flower industry 英國脫歐對花卉行業的影響