You may well have heard of the term 『spring cleaning’: the act of giving your house a deep clean in the spring months. Even though, for many of us, that ritual of a once-a-year blitz of dirt and grime is dying out, some of us still practise it. However, there could be a good reason the tradition isn’t as popular as it was.

The spring months are associated with new life and warmth – a stark contrast to the cold, gloomy winter that preceded. For protection against the freezing weather outside, people would seal their doors and windows as best they could to keep the heat in. In a time when many houses had fireplaces, open fires would churn out smoke and soot, coating rooms with layers of muck and gunk.

It therefore made sense for people to start cleaning in the spring, when the weather was warmer and windows opened, to freshen up their houses, swabbing the floors and cleaning the walls. However, open fires are no longer commonplace in modern British homes, with people preferring central heating to filthy smoke. And it’s not just the way of heating our homes that has changed. In the past, cleaning was designated to specific times and days, as simple chores like washing clothes took a long time. The rise of gadgets such as the washing machine means that tasks are quicker and more efficient.

However, psychologists such as Dr Jonathan Fader, argue that the mental health benefits of clearing the house of mess means that a spring clean is hugely positive. The perception of your house being cluttered can cause the stress hormone cortisol to rise.

So, while the tradition is still there, and it’s nice to have a big purge of dirt once in a while, it is no longer as necessary – or limited to just the spring. That said, the psychological benefits of having a tidy home means that a once-a-year purge of unnecessary items, rather than dirt, can make you feel much better.

1. Is the act of 『spring cleaning’ as popular as it once was?

2. In the past, why did it make sense for people to start cleaning in the spring?

3. How do most British people heat their homes in modern times?

4. True or False? There are no benefits to spring cleaning.

5. What are the reasons we no longer need to have a once-a-year big clean?

1. Is the act of 『spring cleaning’ as popular as it once was?
No. While some people still do it, the tradition is dying out somewhat.

2. In the past, why did it make sense for people to start cleaning in the spring?
Because the weather was warmer after the winter, and the windows opened to allow more air into the house.

3. How do most British people heat their homes in modern times?
These days, central heating is more common than fireplaces to heat the house.

4. True or False? There are no benefits to spring cleaning.
False. A cluttered house can cause stress. Therefore, a once-a-year decluttering can be very beneficial.

5. What are the reasons we no longer need to have a once-a-year big clean?
Due to the rise of gadgets such as the washing machine and the decline of the fireplace, cleaning can be done more quickly and frequently.

1. This kitchen is a disgrace! It really needs a good blitz.

2. These clothes are filthy. What have you been doing?

3. Let’s freshen up the house with a good spring clean.

4. Smoke from open fires would coat the rooms in soot.

5. You can feel a layer of grime if you run your finger along the counter. Can AI save us from bad meetings? 人工智慧給糟糕的會議畫上句號？ 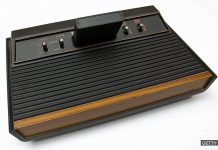 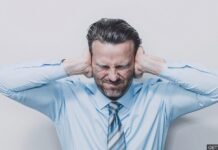 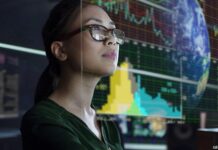