Imagine a future where all farming is done by machine, and humans never set foot in the fields.

No, it’s not science fiction. In Shropshire in the UK, engineers in the Hands Free Hectare project are developing automated tractors and fleets of drones to grow and harvest crops.

And their experiment is not alone: agricultural robotics is a booming sector. Investment bank Goldman Sachs estimates the market will be worth $240bn over the next five years.

One reason why the sector is on the up is that global demand for food is rapidly increasing. The World Bank estimates we will need to produce 50% more food by 2050 if the planet’s population continues to grow at its current speed. Add to this to the forecast that yields will decrease by over a quarter due to climate change, and the situation looks serious.

Could futuristic farming provide the answer?

One company in Japan believes so. The firm Spread has dispensed with farming on land altogether, and instead grows vegetables on stacks of trays indoors in an automated factory.

“In countries like Japan, where land is actually a very scarce resource, it makes more sense to stack your production, just like a skyscraper,” says JJ Price, Spread’s global marketing manager.

Mr Price told the BBC that this method of vertical farming not only reduces costs by 50%, but it is also greener. LED lights cut energy bills by a third, and 98% of water can be recycled. By growing crops close to where people consume them, transport costs and emissions are also minimised, he says. They hope to be producing 30,000 lettuces per day next year.

And where will we buy this futuristic food? Perhaps in shops with no staff? Amazon has recently launched its first Amazon Go store in the US, which has no checkouts. Customers simply pick their items from the shelves, and technology does the rest.

All this begs the question: if everything is automated, what jobs will people do? The mechanisation of farming means fewer and fewer people work the land. From 1950 to 2010, agricultural labourers have decreased from 81% to 48.2% of the workforce in developing countries, and from 35% to 4.2% in developed countries, according to the International Labour Organization. It’s a trend that looks set to continue.

2. What is likely to happen to the agricultural workforce in the future?

3. Which two factors do the World Bank think will put pressure on food production?

5. True or false: Goldman Sachs predicts the market for automated tractors will be worth $240 billion in five years.

1. Farming has become increasingly mechanised over the years.

2. I’ve never set foot in a shopping mall. I buy everything in local markets.

4. I decided to dispense with our second car. One’s enough for my family.

5. Our workforce has shrunk over the last ten years. 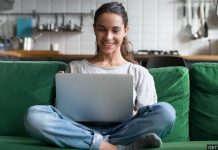 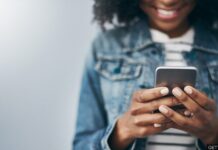 The future of advertising 廣告產業的未來 How to stay focused 如何專心致志地做事？