There are some sounds most of us acknowledge are irritating – the crunching of crisps, the humming of the air conditioning or a screaming baby. These noises, for many people, act as a mere inconvenience that can distract us from the task at hand. However, there are some amongst us who have a much more severe response to these noises. The question we ask today is: has a noise ever made you feel so angry that you could explode with rage? If the answer is yes, you may be suffering from misophonia.

The word 『misophonia’ literally means 『a hatred of sound’ and is sometimes called Selective Sound Sensitivity Syndrome. There are some experts who doubt the existence of the condition. However, for those who claim to suffer from it, the experience can be traumatic. Certain sounds trigger intense emotional or psychological responses that may seem over the top compared with a non-sufferer’s complaints.

The sound of a loved one chewing their food could trigger a sufferer’s anxiety levels, or cause them to panic. It may even activate their fight-or-flight reflexes, making them want to flee. In extreme cases, that feeling of panic may result in intense bouts of fury and end up with sufferers going berserk.

Sadly, there’s no known cure. Tinnitus retraining therapy, which helps people tolerate noises, may aid sufferers, while cognitive behavioural therapy and counselling could also help people manage the condition. According to James Cartreine, a clinical psychiatrist, the condition can lead to isolation. Sufferers use coping strategies that include avoiding places with lots of noises, like restaurants, or moving away when they feel like lashing out at someone due to their breathing.

So, the next time you see someone fly into a rage because of a sound that is driving them crazy, it may be due to a difficult condition they are trying to manage, and not just because they loathe a certain sound.

1. What can annoying noises do to non-sufferers?

2. What does misophonia mean literally?

4. What things can possibly ease the suffering of misophonia?

5. What are some coping strategies?

4. David went _______ at the restaurant last night because they forgot his order.

2. What does misophonia mean literally?
It means 『a hatred of sound’.

3. True or false? Sufferers’ reactions are exaggerated.
False. The reactions may seem over the top compared with a non-sufferer’s complaints about a noise.

4. What things can possibly ease the suffering of misophonia?
Tinnitus retraining therapy, which helps people tolerate noises, may aid sufferers, while cognitive behavioural therapy and counselling could also aid managing the condition.

5. What are some coping strategies?
Avoiding places with lots of noises like restaurants, or moving away when you feel your anger rising at the sound of someone chewing.

1. My uncle lashed out at me when I told him to stop complaining.

2. That sound really triggers my anxiety.

3. I got really irritated by what he said.

4. David went berserk at the restaurant last night because they forgot his order.

5. Don’t panic! Everything is going to be alright. 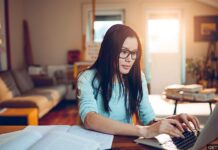 AI in the home 家居生活智能化

AI in the home 家居生活智能化 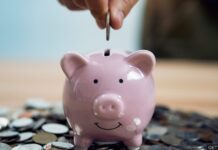 How to be a better saver 如何成為攢錢高手？ 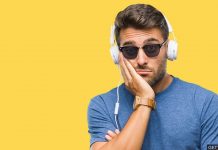 Happy or sad: What type of music do you like? 悲傷還是快樂 —— 你喜歡哪種音樂？ The pros and cons of flatsharing 合租公寓的優缺點 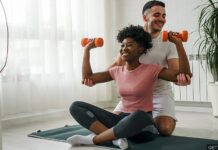 How to exercise at home 如何在家鍛鍊身體 What makes us late? 你為什麼會遲到？